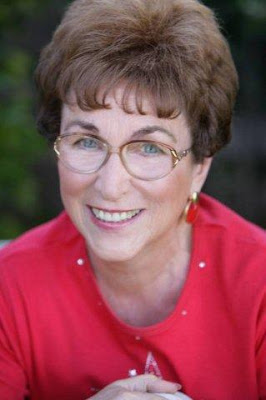 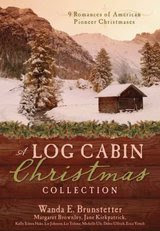 I am so pleased to have my longtime friend (and first-ever fiction mentor) here on my Easy Writer blog today. A Log Cabin Christmas is already a NY Times bestseller, so here’s your chance to leave a comment for a chance to win a copy. Take it away, Margaret!

“When God said let there be peas on earth I don’t think he meant us to eat them.”

My husband and I spent our honeymoon in a rustic log cabin in Yosemite. It would have been the perfect honeymoon getaway had it not been for that mouse.

Standing on a chest of drawers screaming wasn’t exactly how I pictured my wedding night. It was even worse the next morning when we had breakfast at the lodge with everyone staring at us.

That was the first and last time I’d stepped foot in a log cabin, so before I could write my story for A Log Cabin Christmas I had to do some research. That’s the fun part of writing but so is sharing fun facts with readers.

· Abe Lincoln was born in one. Okay, so maybe you already knew that, but did you also know that the first president born in a log cabin was Andrew Jackson?

· Pound for pound wood is stronger than steel which makes Log Cabins virtually indestructible (except by woodpeckers and carpenter bees). They can stand up to earthquakes and are pretty much fire-resistant. A log home was the only beachfront home in the Carolinas to remain standing during Hurricane Hugo.

· Log cabins were not an American invention. The Swedish bought the idea to American in the 1600s.

· Providing there were trees, a log cabin could be built in days, needed no nails and was rainproof, sturdy and cheap to build. The only tool needed to build one was an ax.

· Log cabin designs were influenced by the Homestead Act of 1862 which required homes to be at least ten by twelve and have one glass window.

· A log cabin helped win a presidential election. William Harrison made a big deal over his “humble beginnings” and used the log cabin logo (along with hard cider) to show he was a “people’s man.” Ironically, the man was born in a wood frame house.

· Log Cabin syrup was introduced in 1887 by Patrick J. Towle, a Minnesota grocer. The name was chosen to honor Towle’s hero Abraham Lincoln.

Now that you know a little bit more about log cabins, here’s a short preview of my story:

The moment schoolteacher Maddie Parker walked into the tumble-down log cabin schoolhouse, she knew coming to Maverick, Texas was a mistake. Now she’s stuck at school with three of her rowdiest pupils during a blizzard and in terrible danger of becoming unglued.

Sheriff Brad Donovan is fit to be tied. What kind of teacher would keep her pupils after school in such weather? Now it’s up to him to rescue them—no easy task. For now he’s stuck at the schoolhouse with no means of escape. But while the storm rages outside, hearts are thawing inside.

Brad and Maddie have personal reasons for fighting their attraction to each other, but as the days drag on it becomes increasingly hard to do. Was it fate or bad luck that brought that together? Or could this have been God’s plan all along?

P.S. If have an adversity to mice don’t worry. The only furry creature in my story is a bear!

Now that I shared my log cabin story, how about sharing yours? You might even win a copy of the book!

Margaret is the bestselling author of more than twenty-five books. Her next book Dawn Comes Early will be released March 2012. It’s the first book in her exciting new Brides of Last Chance Ranch series.